We were delighted and privileged to welcome such a highly knowledgeable and authoritative Panel of Experts to our Event on 8.7.20 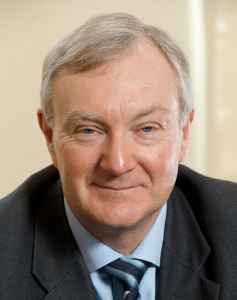 Terry Scuoler is Chairman of The Institute of Export & International Trade. Prior to this he was CEO of the EEF and, prior to this, Managing Director of Ferranti Technologies Ltd where he led a management buy-in and became Managing Director and with a supportive team returned the company from years of decline and a loss-making situation to one of substantial growth and high profitability.  He sits on a number of Ministerial Committees, from 2014-17 chaired the Board of the European Council of Engineering, Manufacturing and Technology Companies (CEEMET) which represents over 230,000 companies and sat on the Boards of SEMTA and the University of Sheffield Advanced Manufacturing Institute (AMI).  In 2017 he was awarded the CBE for services for the Manufacturing & Engineering Sectors. 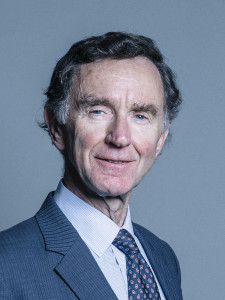 Stephen Green, Baron Green of Hurstpierpoint, is a British politician, former Conservative Minister of State for Trade and Investment, former group chairman of HSBC Holdings plc, and Anglican priest. Lord Green began his professional life as a civil servant in the Ministry of Overseas Development, as it was then.   In 1977, he joined McKinsey & Co and the Hong Kong and Shanghai Banking Corporation in 1982 and in 1992 became group treasurer of HSBC Holdings plc with responsibility for the HSBC Group’s treasury and capital markets businesses globally. In 1998 Green was appointed to the Board of HSBC Holdings plc as as Executive Director of Investment Banking and Markets. He became Group Chief Executive in 2003 and Group Chairman 2006, retiring from HSBC in December 2010. Lord Green has written six books.

Services account for 46% of the total UK export figure of £698bn in 2019, the latest full figures available, Lord Green told the online audience. It was important to note, he said, that the export of goods in 2019 produced a deficit of £130bn. whilst the export of services produced a surplus of £104bn – a familiar pattern, he pointed out in  commending greater action in developing the services element in exports.

Whilst recognising the widespread uncertainties of the major disruption now confronting the UK, he saw the emerging new norm as needing greater creativity, entrepreneurial effort and hard work to turn the current norm into the global powerhouse of tomorrow.  With 80% of GDP reflecting the services-based nature of the UK economy, Lord Green saw this being where the greater economic growth would come from.  Musing on his time as a UK Trade Minister and also as Chairman of HSBC, Lord Green told the online audience about his personal experience visiting all corners of the UK and seeing for himself the serious export potential of some sectors and geographic regions of the UK – and now becoming not only viable but also realistic propositions due not only to technology developments but also to changes in the economic climate and sentiment around where new business and new profits can be found.  He said that all the evidence then and now is that companies that export grow faster, are more profitable, employ more people and last longer.

Lord Green added that the expanding support now available not only from Government but also from the Not-for-Profit and the Private Sectors was at an all-time high. In particular, he commended the lively and extensive work being done by overseas embassies and trade commissions and the UKEF.  Very much worthwhile getting in touch with them, he encouraged. Those who go out into the world looking for export opportunities are often very pleasantly surprised.  No effort; no gain.  His use of the expression “intrepid trader” conjured up centuries of images of hardened and ambitious adventurers visiting all corners of the world – or the world as we knew it at the time – looking for trade opportunities.  What are these new opportunities now likely to be, he asked the online audience.

Current and constant media references to the double-whammy of Covid-19 and Brexit, Lord Green pointed out,  were obviously worrying, but those who saw these as opportunities and were prepared to use the help and support available and their own resources of creativity and entrepreneurial drive deserved all possible success that the new norm could deliver. 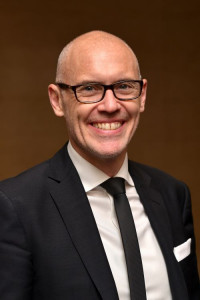 Marco is Director General of the Institute of Export and International Trade and took up his role in January 2020.   Following graduation from LSE with a degree in Geography, Marco’s first role was as parliamentary assistant to the then Shadow Minister of Environment and Urban Affairs which included being appointed as the Secretary to the Enquiry into Urban Policy. This was followed by Director roles with the Landscape Institute, the Royal Chartered Institute for Landscape Designers, CEO at the International Visual Communication Association, the British Antique Dealers’ Association.

The Institute of Export and International Trade.

The Institute of Export & International Trade was established in 1935 and is the professional membership body representing and supporting the interests of everyone involved in importing, exporting and international trade. Its mission is to enhance the export performance of the United Kingdom by setting and maintaining professional standards in international trade management and export practice. This is principally achieved by the provision of education, training and practical business support services.

The Institute is always keen to meet new Members – Details at – https://www.export.org.uk/page/membership . 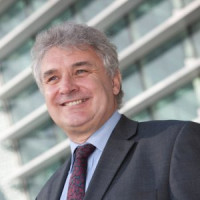 Kim Hayward is a Partner at BDO and is the UK firm’s International Liaison Partner managing, on behalf of the UK firm, relationships with the other 140 BDO member firms around the world, overseeing the partners and teams relationships with clients and prospective clients and other global relationships. Or a number of years he represented the UK on BDO’s European Board looking at strategic and operational issues and opportunities across Europe. These roles have taken him to China, India, Russia, North America, South Africa and many of the European countries. Kim inputs in to BDO UK’s international strategy and oversees their US, India and China Advisory Services teams. 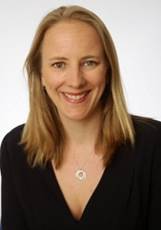 Susan is responsible for leading UK Government’s trade and investment support to the Financial and Professional Services sector. This includes helping UK-based companies in this sector grow their business internationally; attracting high value foreign direct investment (FDI) into the UK’s financial and related professional services; developing relationships with across the sector to ensure it remains internationally competitive and supporting the removal of any barriers to international trade. Susan represents DIT on the wider UK Government response to future growth opportunities, including building on our strengths in Islamic Finance, Green Finance and Fintech.

In her prior role in DIT, Susan promoted large-scale UK infrastructure, housing and regeneration projects to international institutional investor, and opportunities to invest in UK growth through venture capital. She managed the relationships between the largest global corporates most heavily invested in and trading from the UK to join up engagement across UK Government, and advised on the key policy and financial barriers companies faced in their choices of investment geo-location. She has also held roles at the Foreign & Commonwealth Office (FCO) and Home Office.

The majority of Susan’s career before Government was spent in business development of international retail and commercial banking and in strategic management consulting. She holds an MBA from Henley Business School and MEng from Cambridge University.

This Sliding Bar can be switched on or off in theme options, and can take any widget you throw at it or even fill it with your custom HTML Code. Its perfect for grabbing the attention of your viewers. Choose between 1, 2, 3 or 4 columns, set the background color, widget divider color, activate transparency, a top border or fully disable it on desktop and mobile.

Sign-up to get the latest news and update information. Don’t worry, we won’t send spam!