The exporting of services is different! 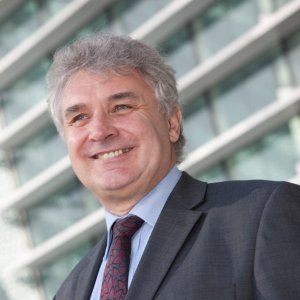 The exporting of services is different!

I think it is recognised that the export of services does not get the same publicity or attention that the export of goods does, and we need to understand why that is, and then we need to explore the major differences between the exporting of goods and services. This might allow us to understand what more could be done to encourage and support the greater export of services from the UK, as there are some critical issues behind making a success of a global services business.

The export of goods is straight forward, measurable and often quite obvious.

It is well known that the UK exports many products from scotch whiskey to Rolls Royce cars, from fashion brands to pharmaceuticals. Exports of services are much less visible or tangible.  You don’t see them loaded onto container ships in our ports.  They don’t make it into block buster films or Netflix.  They tend to be unseen and unknown and more likely they either barely leave our shores in a physical sense, or if they do they are most likely seated in business class out of Heathrow.

Services by and large are delivered by people; people sharing knowledge and expertise and often using technology in the process.

The UK has become known for as a world leader, especially so in London, in financial services, probably followed over the last 20 years or so by professional services, to include legal, accounting and management consultancy. Okay………. goods are made by people and sold by people, but for the most part it is the product that is being bought. In services it is the people with the knowledge and experience, more recently with data, that overseas corporations and even governments want to buy.

So – how has this happened?  Very commonly, over recent decades it has been with service providers following their corporate clients as they globalise their businesses, who want a high quality, joined up and consistent global service delivery. The legal profession is a good example of this. Looking at the evolution of some of our largest law firms as they have gone global. There are 4 clear models:

The accounting profession pretty much followed Model 3, “exclusive partnerships”, including my firm, BDO who some might remember as BDO Stoy Hayward. The UK banking model was based around option 1, the “best friends” model, working with what were called correspondent banks overseas, but some banks such as HSBC and Standard Chartered have also explored options 2 and 3. The real estate sector has seen the likes of Saville’s and JLL progress from “best friends” to “inorganic growth”.

More about the critical differences between exporting goods and services.

Service Delivery Issue no 1: whose people?  It could be a team from head office, maybe with some on a long-term secondment or if not as what would be termed as frequent travellers. More likely, with scale, it will be locally recruited teams working with remotely with head office management and staff. It is not easy to recruit, train, develop and retain talented individuals in great numbers in what is a new territories for a British company.

Service Delivery Issue no 2: is the expertise available in territory?  To highlight this point, let’s return to legal systems. Around the world they differ greatly, both as regards the fundamental principles, and how they are implemented and enforced because they have been formed over many decades or more likely centuries, country by country. Most qualified lawyers in the UK will not have studied much overseas law and most countries only licence their own domestically qualified lawyers to practice in that country. It would be similar with the medical profession, tax accountants, and in many other trades and professions. This limited reciprocal recognition or accreditation of other countries’ qualifications remains a major barrier in a number of service sectors. In some other services such as real estate, it is less relevant where it is market knowledge that is really valued, or in SAAS where it is less to do with technical qualifications and more to do with client relationships, with the UK dealing with an on-line service delivery, but there can still be regulatory issues.

Service Delivery Issue no 3: understanding cultural differences; where a people-based business and doing business overseas converge, there is a real need for UK service exporters to understand the different cultures around the world, and I don’t just mean business culture. Understanding how people live, how they view jobs and careers, business models that have emerged over very many years can be very different to our own, how the relevance and influence of governments can be so variable and fundamentally understanding how economies can function so differently, becomes of paramount importance to a company entity wanting to successfully penetrate an overseas market.  Across my career, where I have seen too many UK businesses fail in overseas markets, more often or not it is through a lack of research in particular into cultural awareness/differences and/or failing in the critical area of hiring, motivating and retaining local management and staff. I am still amazed how many businesses fail to really understand the criticality of this.

So other than really understanding and expecting to have to deal with these three quite generic issues, what are the early learnings from this pandemic that we are all living though right now, and what can we expect to see for the UK services sector?

With a domestic economy that is substantially service based and a government committed to building a digital and knowledge based economy, but still with a meaningful manufacturing sector, good opportunities to pursue export markets will be there.

We have an open society and culture, a stable and much copied judicial landscape, and the perfect ecosystem for innovation. Can any country match our talent pool of technology, data science and the knowledge of financial, professional and many other service offerings?

Ambitious, entrepreneurial service companies may continue to go it alone, but I expect more to work in conjunction with the larger UK corporates.  They will need to keep focused on having technology take the strain wherever possible, finding and keeping the right local talent and being very well informed about and adapting to the different global cultures in the territories in which seek to sell.

This Sliding Bar can be switched on or off in theme options, and can take any widget you throw at it or even fill it with your custom HTML Code. Its perfect for grabbing the attention of your viewers. Choose between 1, 2, 3 or 4 columns, set the background color, widget divider color, activate transparency, a top border or fully disable it on desktop and mobile.

Sign-up to get the latest news and update information. Don’t worry, we won’t send spam!